When the LAST POETS came to Petaluma, CA on November 14, 2015, KemeTones was there. In fact, I read a poem for the first time in public, at a Poetry  workshop/reading for, and presented by the Last Poets.

Full Interview with Abiodun Oyewole of the Last Poets

If you do not know who the LAST POETS are, then take a moment to learn about them. They have videos on youtube…

The Last Poets are heralded as the true godfathers of hip hop alongside Gil Scott-Heron. Their brand of politically charged poetry has inspired some of the biggest names in music including Marvin Gaye, Funkadelic, Curtis Mayfield and Quincy Jones, all the way through to hip hop giants such as Dead Prez, Common, Public Enemy and Kanye West. The three core members of The Last Poets – David Nelson, Gylan Kain and Abiodun Oyewole – came together in 1968. Several members rotated over the years, including founding member Felipe Luciano, Jalal Mansur Nuriddin, Umar Bin Hassan, Suliaman El-Hadi, and percussionist Nilaja Obabi. The group recorded groundbreaking albums such as The Last Poets in 1970, This Is Madness in 1971, and Chastisment in 1972. The latter fully introduced The Last Poets’ mix of jazz and poetry, doing away with the minimalist percussion of earlier albums.

The Last Poets enjoyed a huge resurgence in popularity from the early 1990s onwards, appearing alongside the Beastie Boys and A Tribe Called Quest on the 1994 Lollapolooza tour and collaborated with Common on the Kanye West produced track The Corner which was nominated at the Grammy Awards in 2006 for Best Rap Performance. The huge impact made by The Last Poets’ words and music is still strongly felt until today.

The Last Poets is the name for several groups of poets and musicians who arose to black nationalist movement. The name is taken from a poem by the South African revolutionary poet Keorapetse Kgositsile, who believed he was in the last era of poetry before guns would take over. The original users of that name were the trio of Felipe Luciano, Gylan Kain, and David Nelson.

I actually had to overcome many obstacles in order to get there. I had to leave the pyramid at home, as I would be on public transportation most of the way. Nevertheless, my dear Sistah Friend Sabryyah, also the organizer of the event. was able to scoop me up from the bus depot in Petaluma! I felt that it was very important for me to be there.

1) My dad was a big fan of the Last Poets. I vividly recall seeing the album, always at the top of the stack. I still have my dad’s original album! 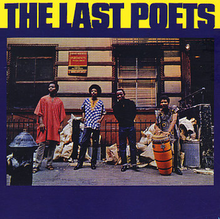 2) After listening to the interview on REBEL BLUES RADIO with Sistah Friend the night before on KWTF.NET, I KNEW that I had to be there, to give Umar a treatment. He described his injury, and I felt that I could offer relief

When I arrived, the workshop was almost over. I tried to be invisible, however, Abiodun spotted me. I did not know the assignment. I was confused, and thought it was the actual poetry reading, so, I recited a few lines from my poem.

Ah, my poem. I had had weeks to prepare something special. #BlackLIvesMatter, Rape, the Environment, so many topics to illuminate. And yet, on the way to the event, while sitting on the bus, it came to me to write a poem that consisted of lines from my favorite original songs!

I was terrified! I recited a few lines, then panicked and froze. LOL!! Everyone clapped. I said thank you. It was fun! Later I learned however, that the poetry reading was not for several hours. This meant, I would get a second chance!

I went to my table, and began offering free demonstrations and cds for purchase. I met so many wonderful people! There was even a woman that knew me from social media and she was already on my email list. There were several folks that recognized me, and this was so encouraging! Even the guy at the gas station on the ride home recognized me! LOL!! THANK YOU TO EVERYONE THAT WAS THERE!

They showed a few films.

Next was the actual poetry reading.  As it turns out, all the topics that I had considered were all covered. I just went up there and did my thing. I forgot to take off my pinhole glasses, so I looked extra cool. I am waiting for the video clips, and will share as soon as they are available. In the meantime, here is the Poem that I recited.

I’ve got to Be My OWN Institution
Institutions from the Days of Yore Have failed Me.
Oh What a Tragedy it is, I still look outside myself
to find Someone who really loves me for ALL I AM.
When I KNOW the Search for the One I Love Begins Within.

Because, there is a Fountain of Love, Flowing Inside of me
Flowing with Jah Music, Keeps me Filled with Inspiration

Still this fucked up system, has never worked for us, never been about us, never benefited us.

When I look all around me, I can see, that we all live in conditions, that we have been conditioned to living in a police state. living in a military state.

AFTER the Poetry Reading,
THE LAST POETS STOPPED BY FOR
SOUND HEALING DEMONSTRATIONS.

Here is the session with Umar

Umar was so impressed with his session, that he mentioned the treatment,  from the stage, and that he felt like dancing. I was astonished!! Gotta get my hands on THAT video clip! This is a clip from the performance that I WAS able to record….

Welcome to “These United States of fuck you mother fucker”

Umar said that he is coming back in December to visit friends, and to get a full KemeTones Treatment. He told me that he had been praying to meet an alternative healer while in California. It is unfortunate that we were not able to connect before he left…

I am juiced because my first poetry reading appearance was for the Last Poets. wow. I pray that my Father, Edward Milton Hambric SR., is pleased with my actions.

I am most grateful for the impact these GREAT POETS have had on my life, and the lives of EVERY Poet, Artist, Musician, Songwriter, Hip Hop Artist, Spoken Word, CONSCIOUS LIGHT BEING ON PLANET EARTH.

Special Thanks to all those that made this event possible: KWTF, SISTA FRIEND, REBEL BLUES RADIO, IFE CULTURAL ARTS, PHOENIX THEATER, ALL VOLUNTEERS, POETS AND ATTENDEES. AND OF COURSE, THE GREAT LAST POETS. The Ancestors, and The Divine.

Good Rising. See are some clips from one of our…