The planet is in a period of turmoil and upheaval. Seems Chaotic. However, when you reach a certain level of development, you begin to notice that much of the turmoil is staged, planned or perpetuated. AND, that it is not only an illusion, but a symptom and sign of the time. Brief discourse about this in an article called:

Trump is a Pimple, a Trump Pimple.

Most Super Moon from EarthSky

the time of full moon falls even closer to the time of the moon’s closest point to Earth.

Huh? Lets reflect on this. It’s Super because it’s the closest to the Earth. Makes sense. Is there anything else that makes this Full Moon Super? In my opinion, every full moon is super, so this is a difficult question. Let’s Look to the Neteru for the answer

Here is the HeruScopes Audio Analysis for the SUPER Full Moon of November 2016.

lease study the Iconography while listening to the report. 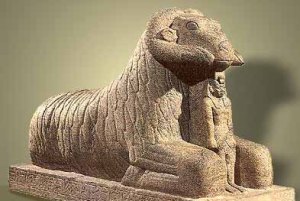 Hupeneius is actually a Fish Goat. Like swimming upstream while climbing up a mountain! whew. 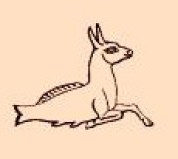 You can watch the KemeTones Devotion Webinar Replay in its entirety

what makes this Moon Super to me is that the Universe is showering us with the energy and vibrations that we need to rise beyond the mess that we Light Beings having Human Experiences in Watery Encasements have created for Ourselves. NOW is the time or the moment to use our creativity and intellectual abilities to raise awareness and consciousness worldwide. NOW is the time to speak up when faced with unrighteousness or ignorance, not the time to be polite and remain silent. THIS Moon Is SUPER because it is right on time! The Right Action, MAAT ACTION is always to STAND with Maat, Stand for Justice, Stand with Standing Rock! Create Balance, and RULE the Ego. “Emotions make poor masters, but excellent servants,” another Kemetic Proverb. Our Emotions, Our Ego have a divine purpose. NOW is the time to use them for the GOOD, and not for creating more drama trauma and chaos. Remember, TRUMP IS NOTHING MORE THAN A PIMPLE. A Trump Pimple. Is that a Trumple????

Exciting News! We are now teaming up with DJ Microphone…

Trump is a pimple, a Trump Pimple. Why I’m not worried about your new president.

Good Rising. No, I do not vote. I refuse to…