Home
Consciousness
Trump is a pimple, a Trump Pimple. Why I’m not worried about your new president.
Posted on November 12, 2016by tchiya-adminPosted in Consciousness, Healing, Native, TRUTH, Wellness
00

No, I do not vote. I refuse to participate in a system that once legally, and still does privately, consider myself or my ancestors to be less than human. I am not a citizen by choice, but by circumstance.  That being said, I want to say that I am truly encouraged and inspired by the Indigenous Awakening that is going on around the world. Thanks to co-pirates like Monsanto and the Dakota Pipeline, First Nations Peoples around the world are organizing. And Uniting. #NODAPL
I have no fear of the Great Purification of All Things. This is why I say that Trump is a Pimple. He is a Trump Pimple. Gold, Oil, Africa and Why the West Wants Gadhafi Dead – The Final Call
(article from 2011!)

Why Qaddafi had to go: African gold, oil and the challenge to monetary …

Many Nations of  The African Continent is voting to eliminate various remains of colonialism, even talking about going back to gold for their economy. This is of course what Qaddafi was initiating, and was killed for. 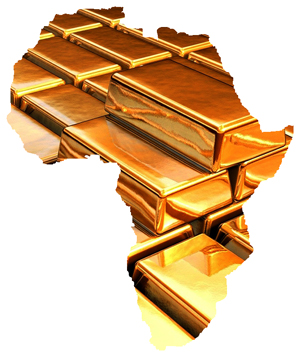 GMOs are outlawed in many counties here in US and Nations around the world. Thanks to the internet, social media and cellphones, it is getting harder and harder for crimes by the so-called authorities to go unnoticed. You can get organic junk food at gas stations, and soon, Cannabis will be available there too.

Yes, the way I see things, the entire world is going through a deep cleansing, a purging of oppression, ignorance, unrighteousness, disgusting sexual perversity violence rape culture, spiritual enslavement. all the things that were forced upon INDIGENOUS PEOPLES OF THE FOUR DIRECTIONS.  More and more people are becoming conscious and aware of true nature of creation that is LIGHT, ENERGY, LOVE, DIVINE, ETERNAL. and the ones that cannot handle this high vibration will simply evaporate. DIDN’T YOU HEAR ABOUT THE HOPI PROPHECIES FOR THIS TIME?

So what happens when you begin to fast, to purge, to detox, or if you eat something that does not agree with the NATURAL ORDER OF NATURE? You might feel nausea, you might get a fever, you will lose appetite, might vomit, and, YOU WILL PROBABLY GET A PIMPLE OR A BIG ZIT.  All the toxins in your system start oozing out of your body. even your thoughts detox, and you might start to have terrible thoughts for a moment.

Yes,  even your MIND must detox, and these thoughts, feelings, emotions, habits, cultural traditions, and physical toxins MUST COME OUT IN ORDER TO BE ELIMINATED. So, let’s just say, Obama was a cup of herbal hot tea, like chamomile, to soothe and calm us down (ie, make us numb and apathetic as Humans) while so much atrocities were going on before our eyes. WE HAVE HAD ENOUGH, and are starting to detox, AND TRUMP AND HIS PRESIDENCY REPRESENTS A GIANT PIMPLE OF TOXICITY THAT HAS HAD THIS ENTIRE PLANET IN A CONSTANT STATE OF SICKNESS  for millennia.

ALL OF THAT CRAP MUST COME OUT, and Trump is just a pimple. He represents the fear of the REAL minority, as the white population is slowing heading for extinction. They are unable to reproduce at a rate that will continue to ensure their survival as a “race”.  Their most successful ways are the most deadly and toxic. Their research is designed for people that are not from this Earth, but for people that are trying to adapt to this environment, and they are failing. Just about everything the major corporations has come up with to make convenience or for higher profit, destroys the earth and kills the people.

As more Human Beings, Light Beings, Natural Born Persons of the FIRST NATIONS  OF THE FOUR DIRECTIONS wake up, heal, and eliminate toxins from the past 500 years of colonial oppression, more pimples, farts, diarrhea, vomit, fevers, will manifest on all levels, mind body soul and spirit, because these levels  must also be purified  AS MORE WATER PROTECTORS, FOOD PROTECTORS, HUMAN FAMILY PROTECTORS, AIR PROTECTORS, NATURAL ENERGY INNOVATORS are born in every moment, as more people rise in consciousness, more toxins will be released, until all the toxins are gone. The Militarized Police will put down their weapons and listen to their hearts, listen to their children. As Black Unity and Indigenous Sovereignty Increase, white privilege will cease to exist.

This is the Vision that came to me after the election.  Ashe

This is in alignment with what the Hopi call the Great Purification of All Things.

Besides, Trump is just a racist potential rapist with alot of money. Killary is a well known murderer that has people tricked into thinking she is so sweet and kind. She is a decepticon, and I would rather work with a pimple like Trump than a virus or a cancer like Killary KKKlinton.

My Roof WAS on FIRE! Dua Tefnut: My Fire Water Story

The Roof, the Roof, My Roof WAS on FIRE! Dua…